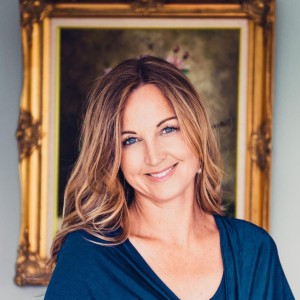 How do you break up with muse? I used to think writing inspiration happened only to ‘other people’.

I held out hope that one day struck by some incredible idea just begging to be turned into a novel. Pulling me into the keyboard, words will flow from my fingertips in a frenzy until the book is complete.  And if that didn’t happen, well hey, maybe I wasn’t meant to be a writer after all? I should just give up the daydream and stick to the day job.

Good excuse eh? When viewed this way, it’s easy to believe that writing is for other people. You can let yourself off the hook without even giving it a go. There’s always an easy justification. Too busy at work or with the kids. Not enough hours in a day.

In the last few years, many of the people who make a real go of writing, treat it like a craft that you can learn and improve on. They read widely, study how to construct novels, take classes, and write short stories or even whole novels. Knowing that their first attempt at a novel is unlikely to make it out of the bottom desk drawer. They don’t treat writing as some mystical process but as a systemised one. Requiring hard work, determination and plenty of bum-on-seat.

One writer who follows this approach is Graeme Simsion, author of the bestselling Rosie Project series. It’s a charming story of a genetics professor who has never been on a second date and sets out to use scientific research to find the perfect partner. He was an IT consultant until his first novel was published at the age of 50.

I recently attended Simsion’s workshop at the Auckland Writers’ Festival, where he shared his view that the writing world is made up of ‘pantsers’ and what might be described as process writers. Pantsers are those who let the muse lead the way. ‘Many writers are committed – unbendingly so – to making the story up as they go, unaware of how it will unfold and what the ending will be’, writes Simsion.

The trouble with ‘pantsing’, is that it doesn’t work for everyone. It takes a rare and special talent – genius even – to follow a novel through to the end in this way. While it works for some writers, the myth of pantsing as the only path to authorship holds a lot of us back. We put our dreams on hold while we wait for the right idea to strike.  And even when it does, we can find our inspiration drying up halfway through the writing process.

Because the thing about writing a book – whether fiction or non-fiction – is that it takes work. It takes structure and flow, and character or idea development. It takes learning your craft, organising ideas and preparing to ditch beautiful sentences or dead-end trails that just don’t fit the flow of the narrative.

A book is, in effect, an enormous project. Lots of decisions to make, moving parts, and lots of opportunities to get sidetracked, blow out your timeframe and give up halfway.

This is why Simsion approaches his work as a project – and a process. He spends months in the planning phase before he even attempts to write a chapter. He puts a lot of emphasis on the structure that will underpin the story, developing the overall shape of the book before tackling the details. As he says, ‘Get the shape right and the details will follow.’ He puts every scene on an index card, lays them all out and reads the story outline through before he tackles the writing.

It’s a refreshing approach that demystifies novel writing. Viewed this way, anyone could tackle the process in a methodical project-like manner. That doesn’t mean you’ll write beautiful prose, get a book deal, or become a bestselling author. No one can promise you that (not even the muse). And while it might seem a little less romantic, it does make writing a book seem a lot more achievable than waiting for inspiration to strike.

Plus it’s similar to what we do for non-fiction works, in my Roadmap for a Book programme. We spend time developing your book concept and mapping out all the building blocks before we even get to the writing. I’ll help you imagine the book in your hands – who it’s for, why they should care, what they will learn, how one idea leads to another, what’s the sales pitch – before you try to get the narrative onto the page.

After that, you can use the muse all you want. You can choose to write sequentially, or choose to work on sections of the book as you feel inspired to do so. You may deviate from your plan in writing and that’s all good. Finish your book and stay on task and on track after working on the concept and considering any deviations.

So how about it? If you’re ready to talk about the book that’s in your heart, click here and let’s make a time to talk.

And if you’d like to learn more about Graeme Simsion’s novel-writing approach, check out his new book The Novel Project. Last weekend, I read a book that was 20 years